The correlation between vaccines and SIDS is high enough that the CDC has been forced to acknowledge it. The current CDC website reads, “Babies receive many vaccines when they are between 2 to 4 months old. This age range is also the peak age for sudden infant death syndrome (SIDS), or infant death that cannot be explained. The timing of the 2 month and 4 month shots and SIDS has led some people to question whether they might be related….” (Source: CDC).

The CDC goes on to list a small number of studies that claim to disprove the link, but there are many more studies (a few are listed here, but not listed on the CDC website) that do find a connection. Like this one: “Infant Mortality Rates Regressed Against Number Of Vaccine Doses Routinely Given: Is There A Biochemical Or Synergistic Toxicity?” The study authors found “a high statistically significant correlation between increasing number of vaccine doses and increasing infant mortality rates.”  You can read the full analysis here: http://www.ncbi.nlm.nih.gov/pmc/articles/PMC3170075/

Here’s a screenshot of the analysis:

Infant mortality rates regressed against number of vaccine doses routinely given: Is there a biochemical or synergistic toxicity?

To further corroborate this finding, a 2007 case study documents the death of 3.5 month old twin girls at the exact same time 2 days after their DTaP and Hep B vaccines. The cause of death was unknown, so it was termed Simultaneous Sudden Infant Death Syndrome. Simultaneous SIDS is an exceptionally rare event, so the fact that both twins died at the same time in the 48 hours following a routine set of vaccinations almost certainly implicates the vaccines in the twins’ deaths.

In fact, the correlation between SIDS and infant death is playing out here in the United States. Recently, California joined Mississippi and West Virginia to legally require childhood vaccines by eliminating parents’ rights to opt out of any vaccines. The law mandates vaccines against “any disease deemed appropriate by the department,” including chickenpox, a mild childhood illness that the UK refuses to add to their schedule due to evidence that the chickenpox vaccine increases adult cases of the far more serious and painful disease shingles. (Source: NHS Scotland.) 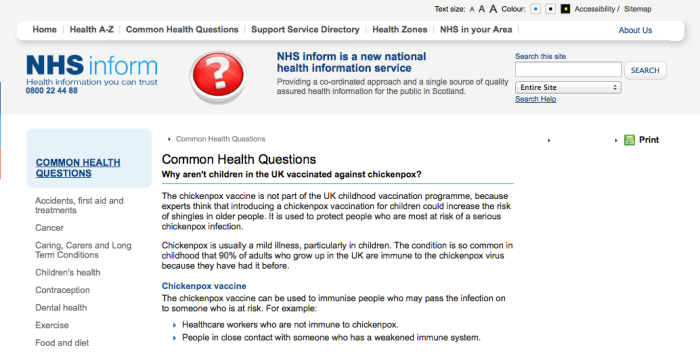 Has the law helped improve the health of children in Mississippi or West Virginia? Let’s take a look….

Among all 50 states, Mississippi has the #1 HIGHEST rate of infant death before age 1. Yes, that’s right: Mississippi ranks LAST place (#50 out of 50) in keeping infants alive. A Washington Post article acknowledges, “Overall, the residents of Mississippi are the unhealthiest in the country.”

A Daily Beast article praising Mississippi’s vaccine laws is titled, “Mississippi: Last In Everything, First In Vaccines.” The connection between being FIRST in vaccines and LAST in ALL other markers of children’s health is not lost on everyone, however. The Daily Beast article mentions a letter to the editor in which Lindey Magee, co-director of the group, Mississippi Parents for Vaccine Rights (MPVR), writes that, “Mississippi families are being exploited for its reputation of ignorance and lack of education.”

Similarly, West Virginia also has one of the highest infant mortality rates in the country, just a few spaces away from Mississippi.

The current slew of American vaccines are some of the least effective, least regulated vaccines in history, but even if they were effective, most parents are less concerned with mild rashes like measles and far more concerned with keeping their children alive.

As anyone who has researched vaccine science knows, NO credible studies have demonstrated that higher rates of vaccination in comparable populations saves children’s lives and improves their long-term well-being.

So why is California following the lead of two states with the highest infant mortality rates in our entire country?

That’s a question for California’s state lawmakers, many of whom regularly accept money from the pharmaceutical companies who will benefit from the new mandatory vaccine law.

Like Loading...
‹ A History Lesson: Can You Trust Your Doctor?
How Much Money Do Pediatricians Really Make From Vaccines? ›